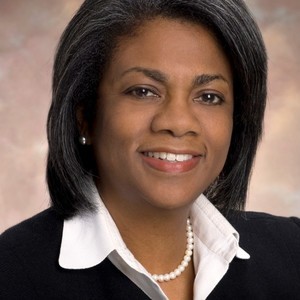 Co-Host of MY PARENTS ARE NOW MY KIDS

Monica Willis Parker, MD is a graduate of Fisk University and The University of Nebraska Medical Center. She has been a clinician and faculty member of Emory School of Medicine since 1995. In 2008, she was awarded a National Institutes of Health (NIH) Minority Supplement award to study and improve the participation of minority persons in clinical research studies in neurocognitive disorders at the Goizueta Alzheimer’s Disease Research Center (GADRC) at Emory University. She has transitioned roles as a geriatric primary care provider to that of clinical research investigator. She now leads the Minority Engagement Core (MEC), one of six cores of the Goizueta Alzheimer’s Disease Research Center. In this role, she will more directly develop educational outreach programs and projects to enable the research participation of persons of color.

She is co-investigator or task force member on several National Institute of Health (NIH) funded projects that examine the health concerns of women, African American Caregivers and the ethnic differences in neurocognitive disorders between African Americans and Caucasians. She advocates and educates about the importance of research participation for the elimination of health disparities in persons of color. As part of the GADRC Education Core, she has developed training curricula on aging and neurocognitive disorders, for professional and lay audiences. She has established the Registry For Remembrance Community Coalition (RFRCC), a community academic partnership for advising and disseminating information about healthy aging and research recruitment opportunities for Alzheimer’s and related dementias.

An engaged citizen, she is active in many social/professional organizations. A recipient of several honors, most recent awards include being named Atlanta Magazine’s “2016 Groundbreaker of the Year” and “A Key to A Cure” Award recipient of the Wesley Woods Foundation. She was named one of Atlanta’s Top Doctors, in Family/Geriatric Medicine, 2009-2013 by Castle-Connolly Associates as published in Atlanta Magazine.